DO YOU WANT ME TO PUSH YOU short 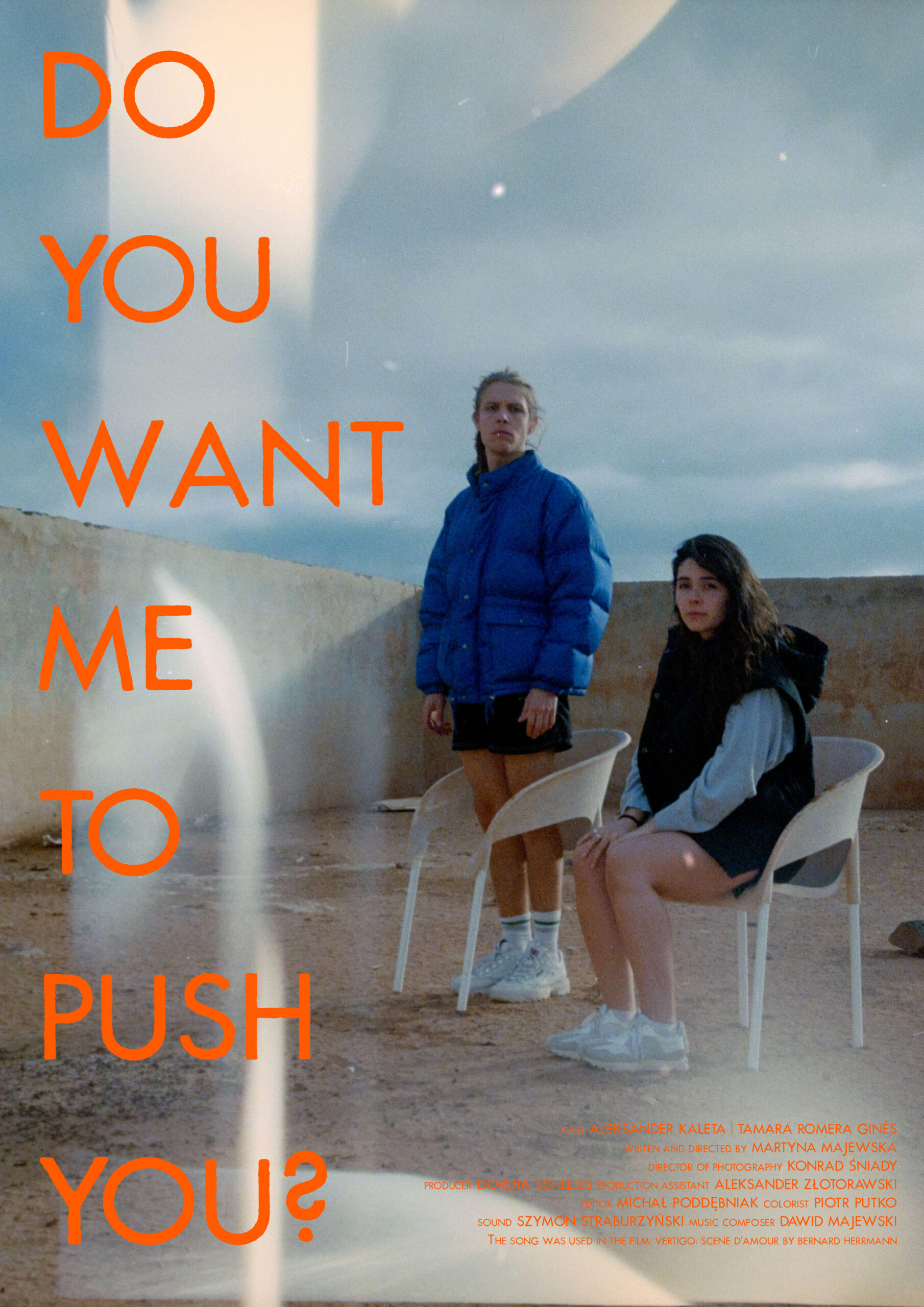 A visual poem about two young people who, after a long separation, try to start their love story from the beginning.
A story about the inability to convey the truth of your feelings to another person, exposing the eternal longing of artists for full expression through art. The film was shot in the post-apocalyptic landscapes of Fuerteventura,
suspended beyond time and space. Its open form and the metaphor of an unsuccessful etude allow the final interpenetration of the created world with the documentary world. Formally inspired by Godard’s autothematic cinema and Konwicki’s Last Day of Summer.